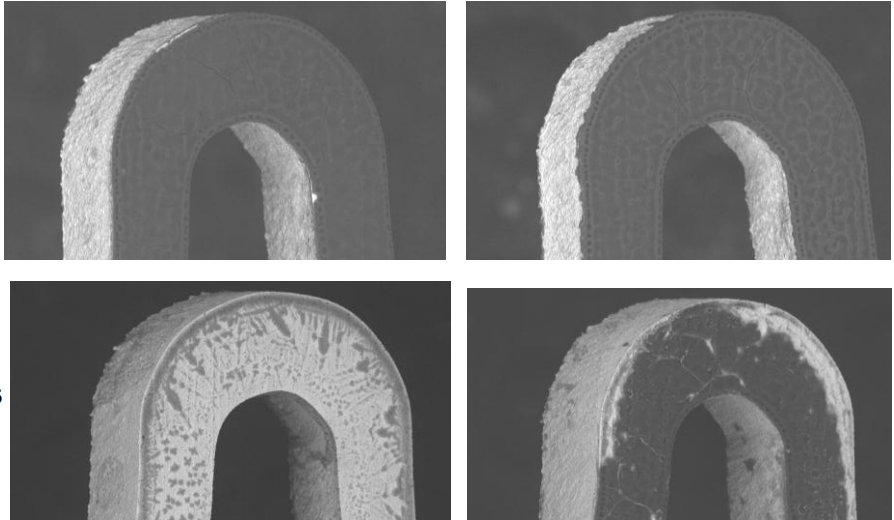 Controlled Elution of Drugs and Other Therapeutic Compounds

Safe Controlled Elution of Drugs and Other Therapeutic Compounds

The Exogenesis Technology can be used for the controlled elution of drugs or therapeutic compounds such as bone morphogenic protein (BMP) from implantable medical devices. The controlled elution is achieved without i) requiring the use of a durable or biodegradable binding polymer or ii) using excessively high and potentially unsafe compound doses. Medical devices that will benefit from processing with this application of the Exogenesis Technology include drug eluting stents and numerous
orthopedic implants including spinal implants.

Efficacy with Enhanced Safety with Reduced Doses of BMP

BMP is known for its ability to stimulate bone formation, however there have been some concerns that excessive amounts of BMP can potentially lead to unintended negative side effects.

Any concerns would be mitigated by the use of lower doses of BMP than presently used by surgeons.

Based on Exogenesis initial research including review of the scientific literature and discussions with scientific experts who have worked extensively in the fields of BMP research indicate that nanogram to microgram doses should be sufficient to stimulate proper bone formation. In addition, in previously conducted in-vitro studies, members of the Exogenesis team have used 200ng of BMP-2 to stimulate MSCs to differentiate into osteoblasts in a scaffold system. In contrast, it is our understanding that surgeons often use anywhere from 4.2 to 12 milligrams of BMP-2 per spinal cage. Exogenesis Technology offers the ability to provide controlled, safe and efficacious elution of BMP at dramatically
reduced BMP doses (i.e., a potentially 100 fold reduction in dose).